Friday was Native American Day at Nathan's school. It was a lot of fun, even though it was cold. There were 5 different centers. Oh wait, first they had to dress in their Native American attire. 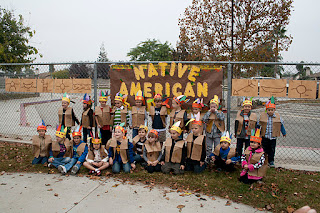 We started at the pictograph center. The kids used pictographs to tell a story on there "animal hide". 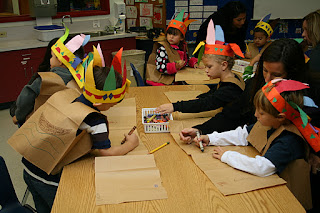 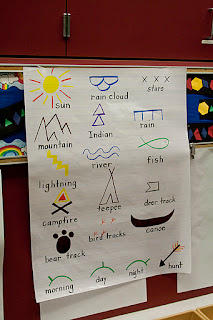 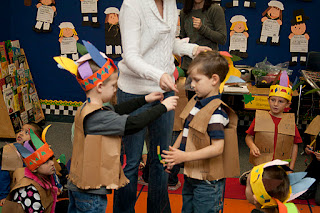 Then we had to learn to hunt with spears and then spear a turkey. Once the turkey was dead they broke it open and ate the "turkey meat" -popcorn and jerky. I don't have picture of that, mother nature called, but Nathan still got some popcorn. 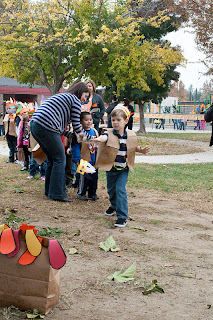 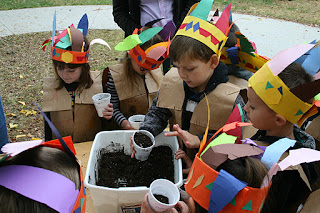 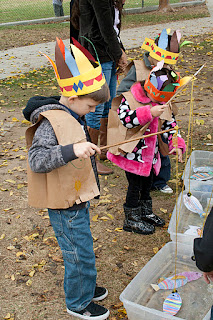 Lastly we were at the drum station - by far the kids favorite station(not the parents) Each child decorated a drum around the "campfire" and listened to music. Then they got up an danced around the fire. 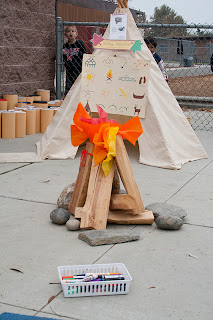 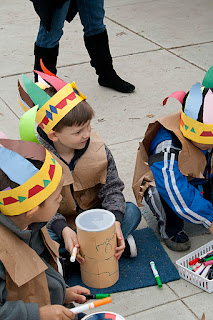 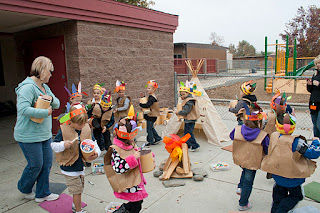 I asked him to tell me about it " It's you and me(mom) at our feast. Chicken, toast and beans" 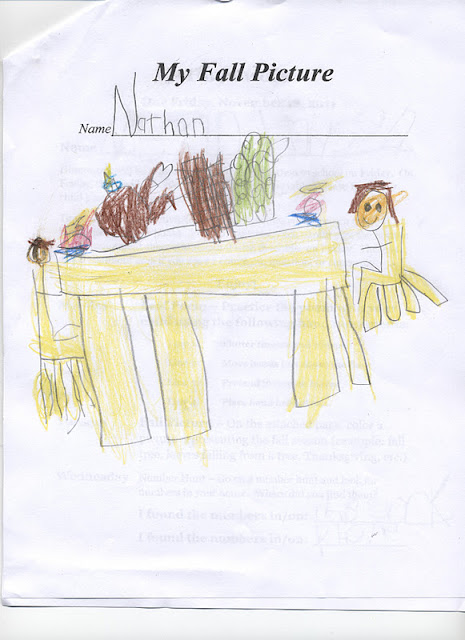 Happy Brithday to my Mom

Saturday was my mom's birthday! But before that Nathan had a friends party at Pump it Up. What a fun day! No pictures from the party, I took the opportunity to rest, since I had made 2 birthday cakes that morning.
I was actually quite a slacker as far as pictures go. My brother, John, and nephew, Aidan, flew in from Utah on Friday and were here the whole weekend. It was really great to see them and hang out.

On to the few pictures I did take. 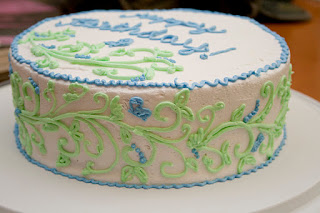 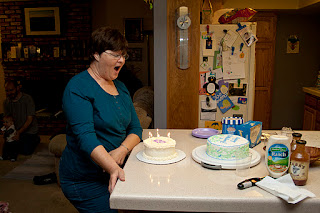 Sunday was another party for one of Nathan's friends. This one was seriously themed Mario - everything, it was awesome!
Then more hanging out, food and games at my folks. This time minus James and Amanda who were sick with the stomach flu

Monday morning brought us the stomach flu - luckily it's just a 24 hour thing, so Teresa is on about hour 20, Nathan is about 13 hours in. Now let's just hope it ends there.

For some reason or another we've never made it to the Veteran's Parade here. The weather is usually too cold for my liking. But this year the weather was nice and we had lots of good reasons to be there.We had a good time. 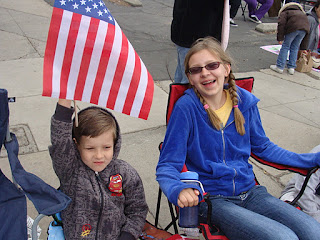 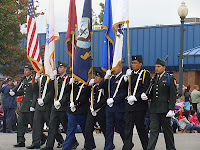 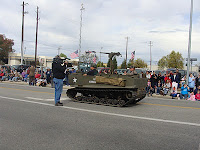 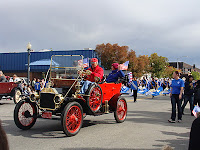 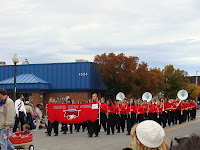 Let's see,
Thursday was the school Trunk-or -Treat
Friday the kids went to my parents church Trunk-or-Treat - came home with lots of loot
Saturday was the pumpkin patch and dinner
Sunday? - Ah yes, Sunday was Nathan's last Soccer game. Against Ian's team again. This game was much less exciting than the others had been. Our team just wasn't in to it. I'm thinking soccer ended one week too late for them. Either way, they had fun, and after we went to Rusty's for a little pizza party and trophies. It was nice, good food, a little last time with the team and then we headed home...on to the next event. The kids put their costumes on and we went over to Rollerama West for Montano Orthodotcs Halloween Party. The kids had a great time! (no pics of this, I was beat by then)

And then, on to Monday - Halloween!
Jonathan and I took the day off, went to breakfast and a movie, it was very nice!
My mom was wonderful enough to get the kids from school.
That night we went Trick-or-Treating.
Here's a picture of the 3 of us, we were Ninja's 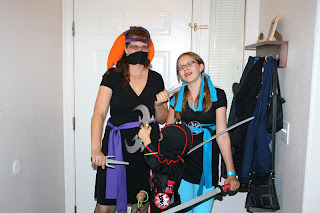 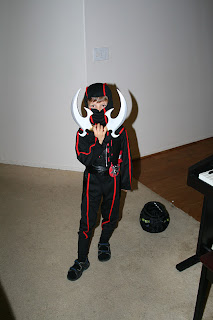 Saturday we went to the Pumpkin Patch with Ty, Michelle, Sean, Serina and kids. 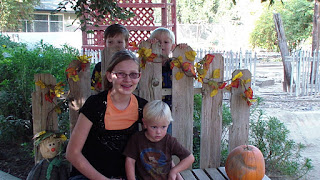 ﻿﻿
﻿﻿ A few video clips of us playing around at the pumkin patch(I apologize for the low quality video, I had to lower it way down for it to load on the blog)

After a little fun at the pumpkin patch we all came back here for a spooky meal of Spaghetti,
bone bread sticks and brain jell-o. It was nice!
Posted by Jo at 5:01 PM No comments:

Nathan's school had a really nice trunk-or-treat. I handled the cake walk. Boy was I exhausted after that!
They had a few booths like a carnival and then trunks with candy, and a haunted "house" 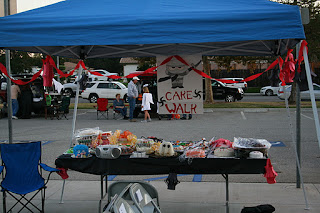