Nathan played his first soccer game on Sunday. The boys played hard and had fun! 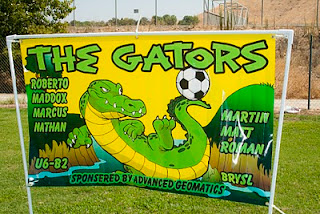 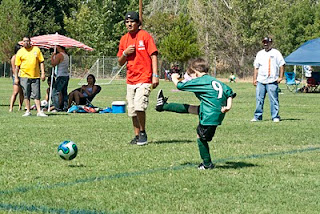 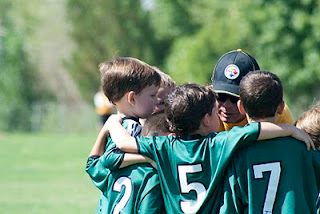 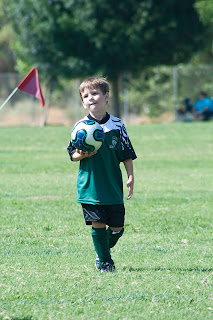 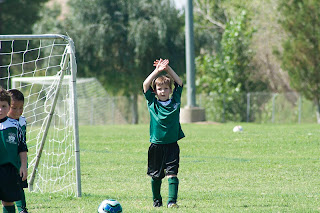 Sunday morning we went to LEGOLAND. We only spent about 5 1/2 hours there, and we feel like we got a good taste of what was there. But you could really spend 2 days there, if you wanted to do every little thing. Plus they have an Aqaurium and a waterpark that are seperate. We skipped 2 Lands, Duplo Land and Dino Land, actually, we skipped the pirate part too, all the rides were potentially wet rides. I'm not sure I would pay full price.Thanks to my Aunt Janine, we got an amazing deal.


Anyway, I'm glad we were able to go. The kids had a good time. Some people say it really isn't for the older kids, but I disagree. Sure, they're not going to want to go there more than once, but they have some really cool things to see. Miniland USA is quite impressive. If we had more time Teresa would have spent another hour looking at all the details.
I have so many picures, I put some on Facebook, and I'll put some here as well. I'll try not to post any duplicates
﻿﻿ ﻿﻿
﻿﻿﻿
﻿﻿﻿

My cousin, Jason got married this last weekend in San Diego. The drive was horrible, but we made it in time and the wedding was nice. Perfect Weather!
It was outside at a winery, I never did get a picture of the two of them together, but here's one of his beautiful bride, Ashley. 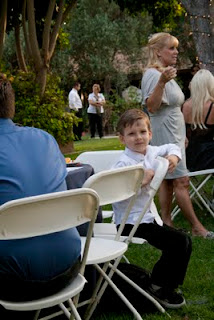 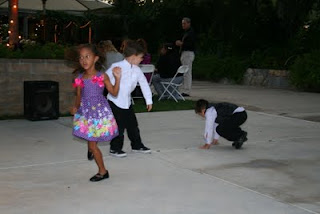 Nathan almost danced the nigth away. I don't know where he learns his moves, but they are pretty entertaining to watch. He stopped when they played a few slow songs, he didn't want to dance after that, he was too tired, it had been a long day. I'll try and post of video here, but it will probably have to be on Facebook again.

Sunday we went to LEGOLAND, so stay tuned for pictures

I couldn't upload the video here, so I put it on Facebook
Posted by Jo at 10:45 AM 3 comments: